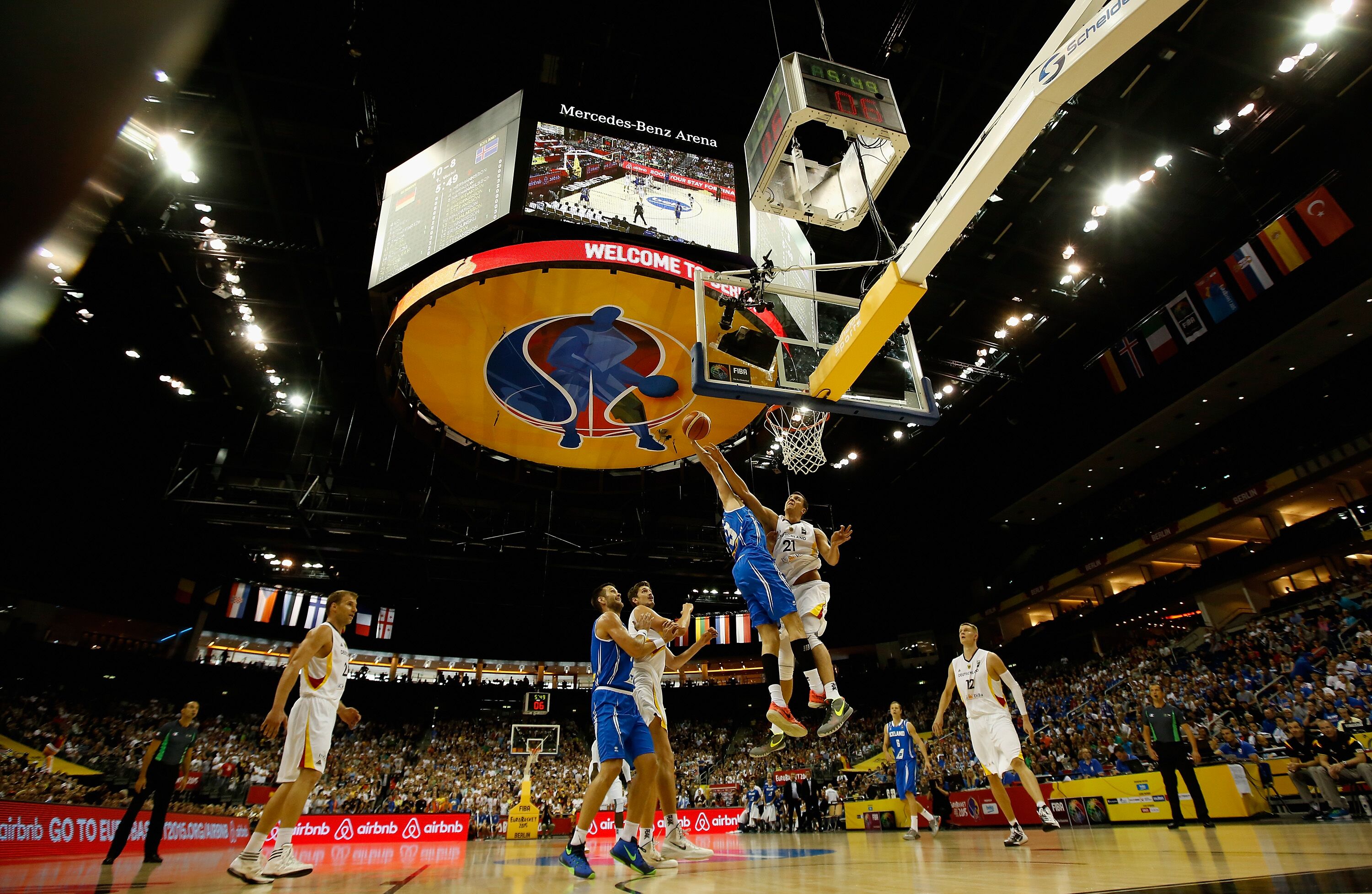 
The European U20 Championships are wrapping up this weekend. The tournament showcases some of the best young talent in Europe, and it’s a chance to see some NBA Draft hopefuls competing against prospects their own age, allowing scouts to assess some players who may not get chances to play at the club level. The top level prospects — like Frank Ntilikina and Luka Doncic — aren’t there, but there are several familiar faces, including Kansas’ Sviatoslav Mykhailiuk (Ukraine), Michigan’s Mo Wagner (Germany) and Philadelphia 76ers guard Furkan Korkmaz (Turkey).

The 16-team tournament also featured a surprise entrant this year: Iceland. This is notable because Iceland is not a team that makes it into these competitions with regularity. They’ve only qualified for Eurobasket twice and are yet to win a game in the competition. They are ranked 84th in the world FIBA rankings and 27th in Europe. That’s right between the Netherlands and Estonia. This is not a country with a rich basketball history, or any basketball history, really. That their junior team is in Crete is a major accomplishment by itself, but they’re here and making waves. A surprise win over Montenegro came in the group stage, and they obliterated Sweden, 73-39, on Wednesday to advance to the quarterfinals. They lost to Israel once, but this is all uncharted territory for the Icelanders.

And they’re here because of one player: Tryggvi Hlinason.

The 7-foot-1 19-year-old has been the catalyst for Iceland’s run in this tournament. He averaged 14.4 points, 12.8 rebounds, 2.0 assists and 3.0 blocks per game, anchoring a team that’s light on athleticism and towering over most of his competition size-wise. Hlinason is the nation’s most promising basketball player, having just signed with Valencia in Spain. And while he isn’t ready yet, he has an outside chance at becoming just the second Icelandic player to ever make the NBA, behind Petur Gudmundsson, who played for the Blazers, Lakers and Spurs in the 1980s.

Hlinason is massive and has a muscular built frame despite only weighing 216 pounds. We don’t have an official wingspan measurement yet, but he’s good at using the length he has as a weapon, making him a very effective rebounder. He’s great at tipping balls to himself and teammates, and while he doesn’t have a lot of vertical explosiveness, his second jump is quick, which allows him to rise back up quickly for tip-ins or putback dunks.

Hlinason isn’t the most athletic center, but he’s fairly nimble for his size and he can cover ground pretty well. He’s slow, but he makes up for that with length and great anticipation and timing around the basket. He’s been a good rebounder in the U20 competition, but that mobility has been better put on display in pick-and-roll chances, where he looks like he can become a very effective weapon.

He shot 60.4 percent from the field at U20s, and many of those looks are coming on pick-and-roll attempts. If he can work on becoming a better screen-setter, there’s real value to be had from him as a dive man.

Hlinason’s most effective skill on offense, however, is his passing. He has outlier-level vision and touch for his position at this age, and Iceland used him a lot as a Marc Gasol-type high elbow hub offensively. Here, he showed skill in executing dribble-handoffs with guards, and he did a nice job at finding openings caused by the offense’s primary action:

This passing ability is an NBA-level skill, something that can be cultivated into a major weapon, especially if it’s combined with the threat of an outside shot (which Hlinason doesn’t have yet). Valencia has turned Bojan Dubljevic — a draft-and-stash Montenegrin for the Timberwolves — into a capable passer, and there should be some excitement around what they should be able to develop for him.

The long-term capability of Hlinason defensively is a question because he’s simply not quick enough to be able to contain guards on the perimeter. He’s a smart pick-and-roll defender at this stage, sagging off and letting the drive or roll come to him, but it’s hard to project how much of a ceiling he has due to his lack of lateral agility. He’ll at the very least be a strong defensive rebounder, though, and his length will make him a decent shot-blocker, especially out of the post.

He had a really impressive post possession against N.C. State’s Omer Yurtseven early on in the matchup with Turkey, and generally fairs well as a post defender thanks to his strength.

Overall, Hlinason was the player who made the biggest positive impact on his stock in this tournament. He had already made the jump to a Euroleague-level club with Valencia, but this tournament puts real eyes on him in terms of his viability not just as a potential Euroleague center, but as a potential NBA draft pick as well. He’s a nice ball of clay to work with, with good measurables, decent touch and mobility, and one definite outlier skill in his passing. He fits the mold of a Georgios Printezis or Gustavo Ayon that can anchor a European offense from the high post, and there’s an outside shot that he can continue developing athletically and skill-wise into a useful NBA center.

Hlinason already has that size, and now needs to refine the skill set. He should be on radars for the 2018 or 2019 NBA Drafts. At the very least, he has the potential to become the best basketball player Iceland has ever produced and gives a face to the growing basketball culture of Europe’s northwestern-most little brother.