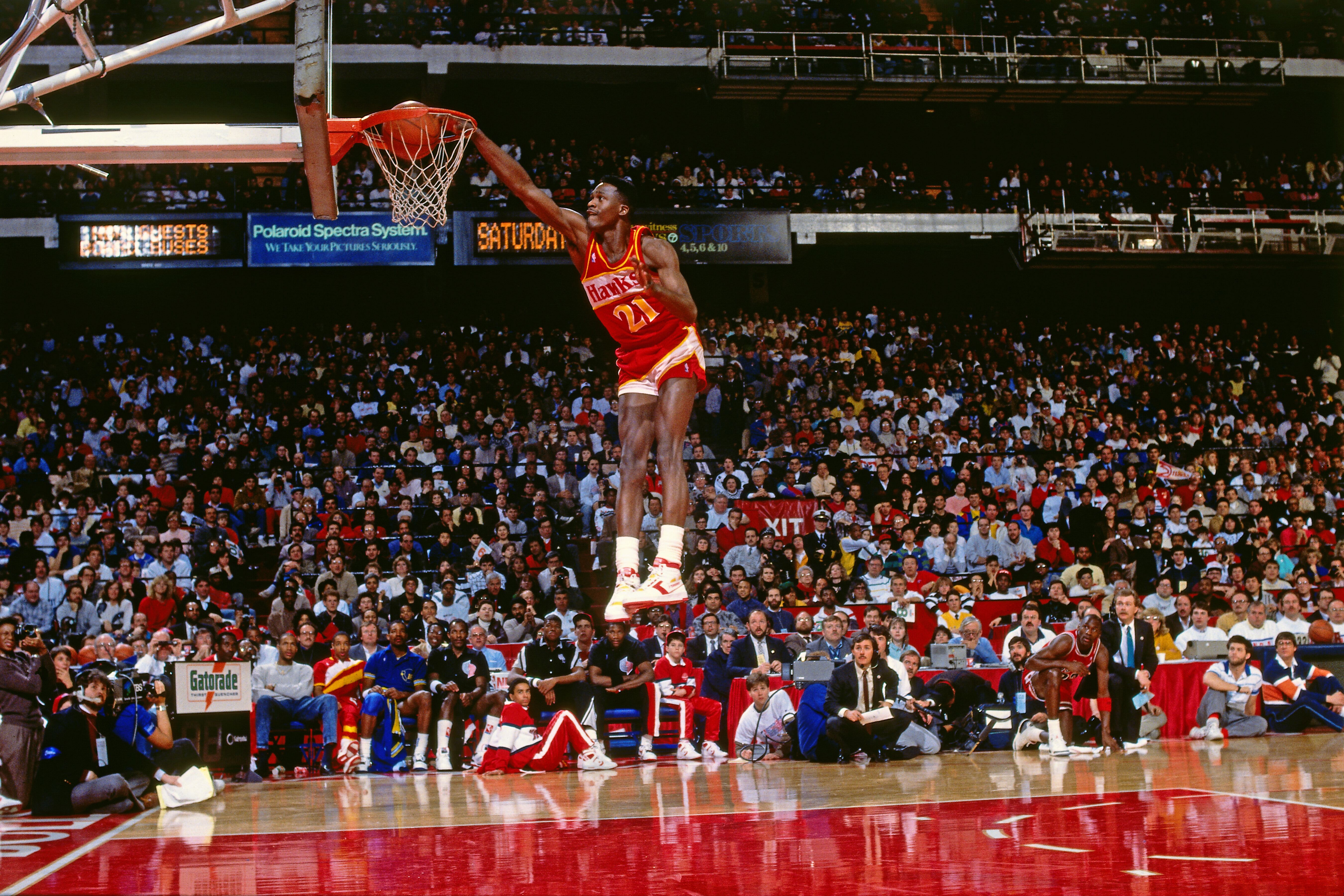 In celebration of the NBA Slam Dunk Contest returning to Chicago for the first time since 1988, Jason Mann and Rich Kraetsch look back at arguably the greatest contest ever. We start with a look at the origins of the Slam Dunk Contest in the ABA, the NBA’s poor attempt at recreating the excitement with a season-long tournament and the return of the traditional contest in 1984.

From there we’ll look at the dunk contest history of Michaels Jordan and Dominique Wilkins, how each performed prior to the 1988 Slam Dunk Contest as well as other highlights from the early 80s contest.

Then, it’s onto the primary focus of the episode: the 1988 NBA Slam Dunk Contest. Topics include a full list of competitors, arguably the most star-studded dunk contest yet, the judges assigned to the contest, play by play of each dunk available on video, what dunks stood out to us and who didn’t bring their A-game, Clyde Drexler being a copycat and then an extensive breakdown of the final round. What scores we think each dunk deserved, whether or not Wilkins was screwed out of the title, why the judges scoring pattern changed and who ultimately deserved to take home the 1988 Slam Dunk Contest crown.

A fun show as always and a great way to get ready for this weekend’s NBA All-Star Saturday!