A lane violation is something that usually happens to one person. When two people do it, it is something that is seldom seen. Now, seeing a whole team commit a lane is virtually unheard of. That is, until last night. Last night, while Mason Plumlee was shooting his second free throw, the entire Oklahoma City basketball team all committed a lane violation (h/t NBA Reddit). 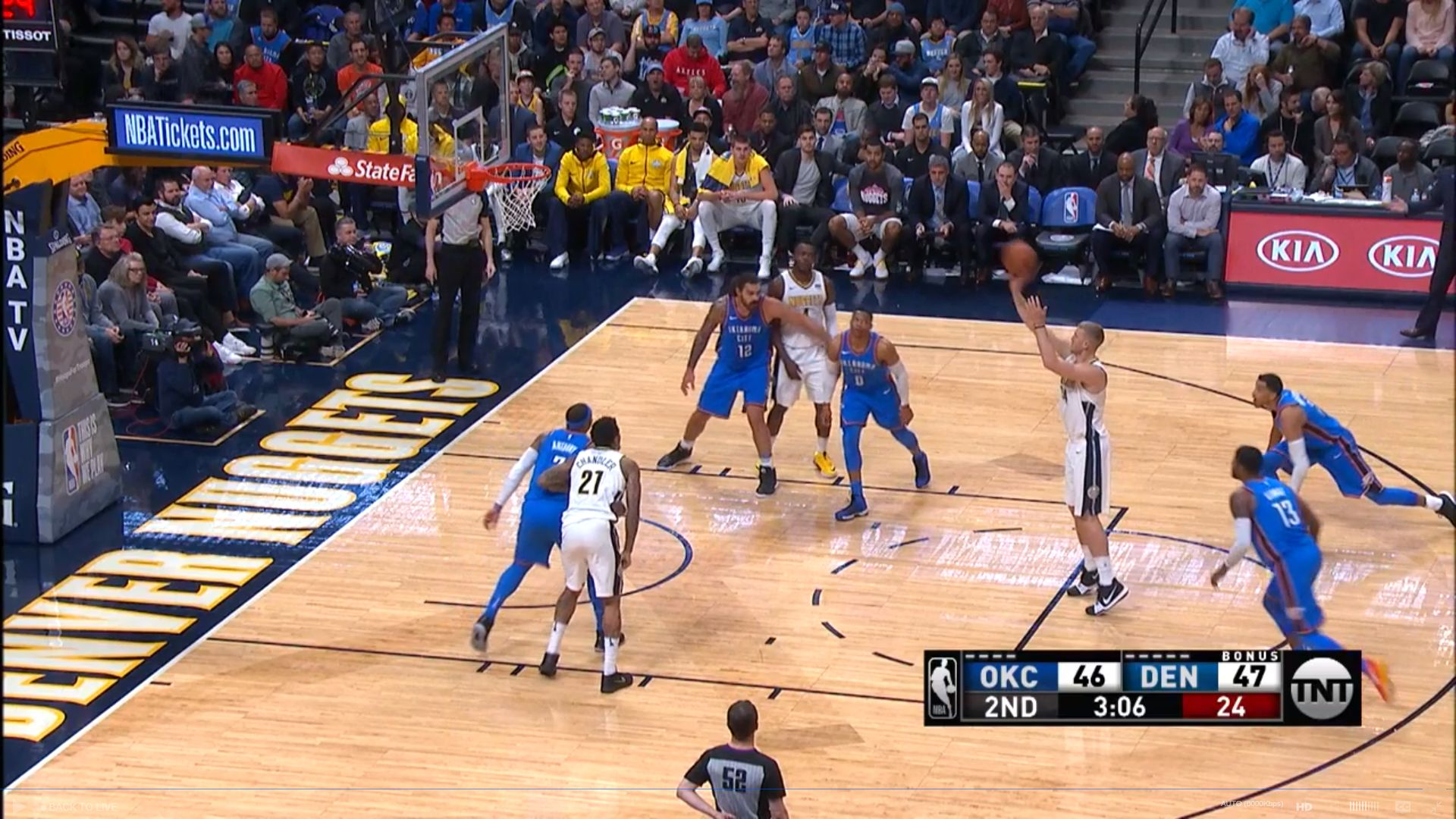 How bad does your timing have to be to commit a lane violation? When a guy is shooting a free throw, you are supposed to watch him and make sure to move into the lane when the ball is out of his hands. In prep and college basketball, the rules are different. You cannot enter the key until the ball has hit the rim. However, in the NBA, you may enter the key when the ball leaves the hands of the person who is shooting the free throws. Well, the entire Oklahoma City team did not get that memo, as each of the players entered into lane before Mason Plumlee let the ball leave his hands.

Each and everyone of the starters for the Oklahoma City Thunder ought to be ashamed of themselves. It is against the rules if one player commits a lane violation on a free throw. What should happen if an entire team commits one?