NBA caricature shirts are the only piece of merchandise worth owning.

The NBA championship has been awarded to the best team in the league 30 times in the last 30 years. But who cares about a trophy? What really immortalizes championship players are cartoon t-shirts.

In 2014, Chris Littmann of Sporting News went back to 1986 and found just about every NBA championship caricature shirt, starting with the 1986 Boston Celtics. (We just rediscovered this awesome piece thanks to NBA Reddit).

Why is Lucky holding up the trophy? I don’t remember him scoring any points in the Finals.

The tradition continued year after year, but nothing about the design really changed. The cartoon players huddled around each other, held up the trophy, gave big smiles, and that’s about it. Until the ’93 Chicago Bulls. 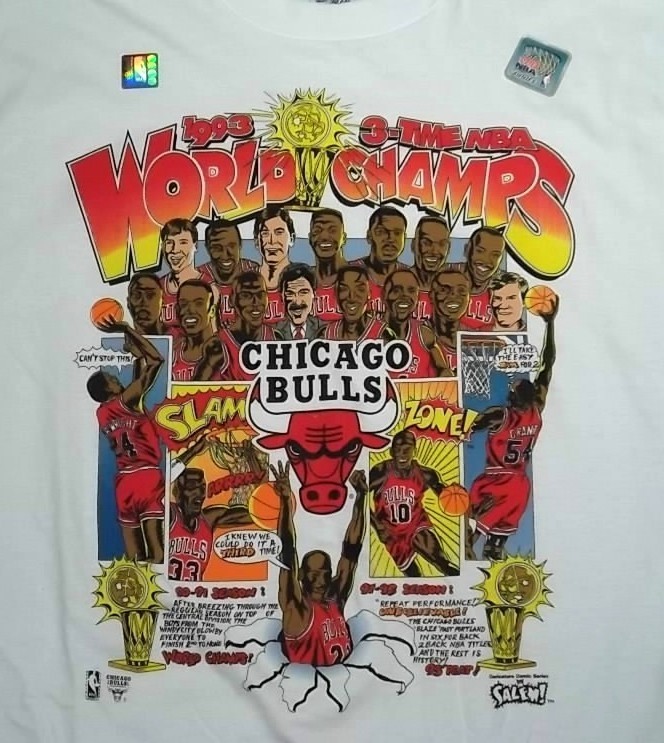 If that’s not the greatest basketball t-shirt of all-time, I don’t know what is. It’s a basketball comic book on your chest. Michael Jordan is popping out of your belly button declaring that he knew he could do it a third time.

Things went back to normal after that because Jordan went to play baseball. There is a gap between 2000 and 2003 because Kobe and Shaq refused to be on the same t-shirt together. They came back in 2004 with a vengeance, immortalized Darko Milicic, and threw in a car because Detroit. 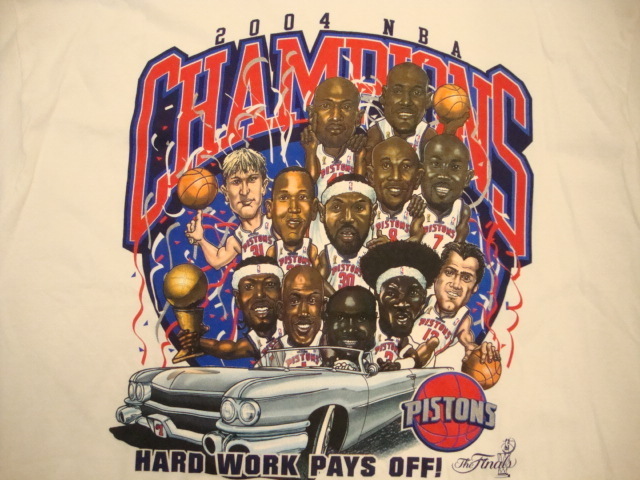 Since then, only one caricature shirt has strayed from the “team huddle” format. That was the 2013 Miami Heat. Instead of being a team, every player became a piece of wall art. 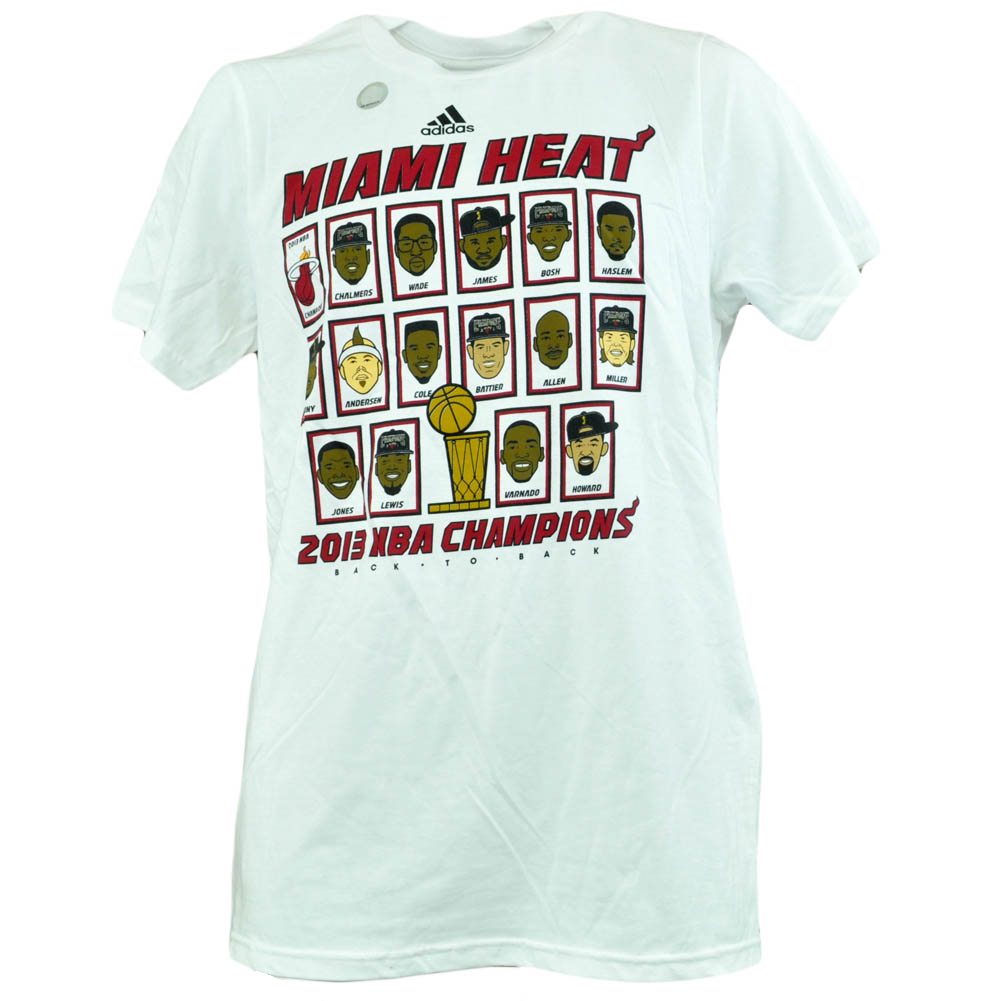 Since these are the most valuable pieces of championship merchandise a fan can obtain, I hope to see more variety. There should have been a 3-1 joke somewhere in the 2016 Cavaliers shirt and the 2017 Warriors should have been super villainized in some way.

You can check out the full gallery, and if you search eBay hard enough, you can pick one up for yourself.