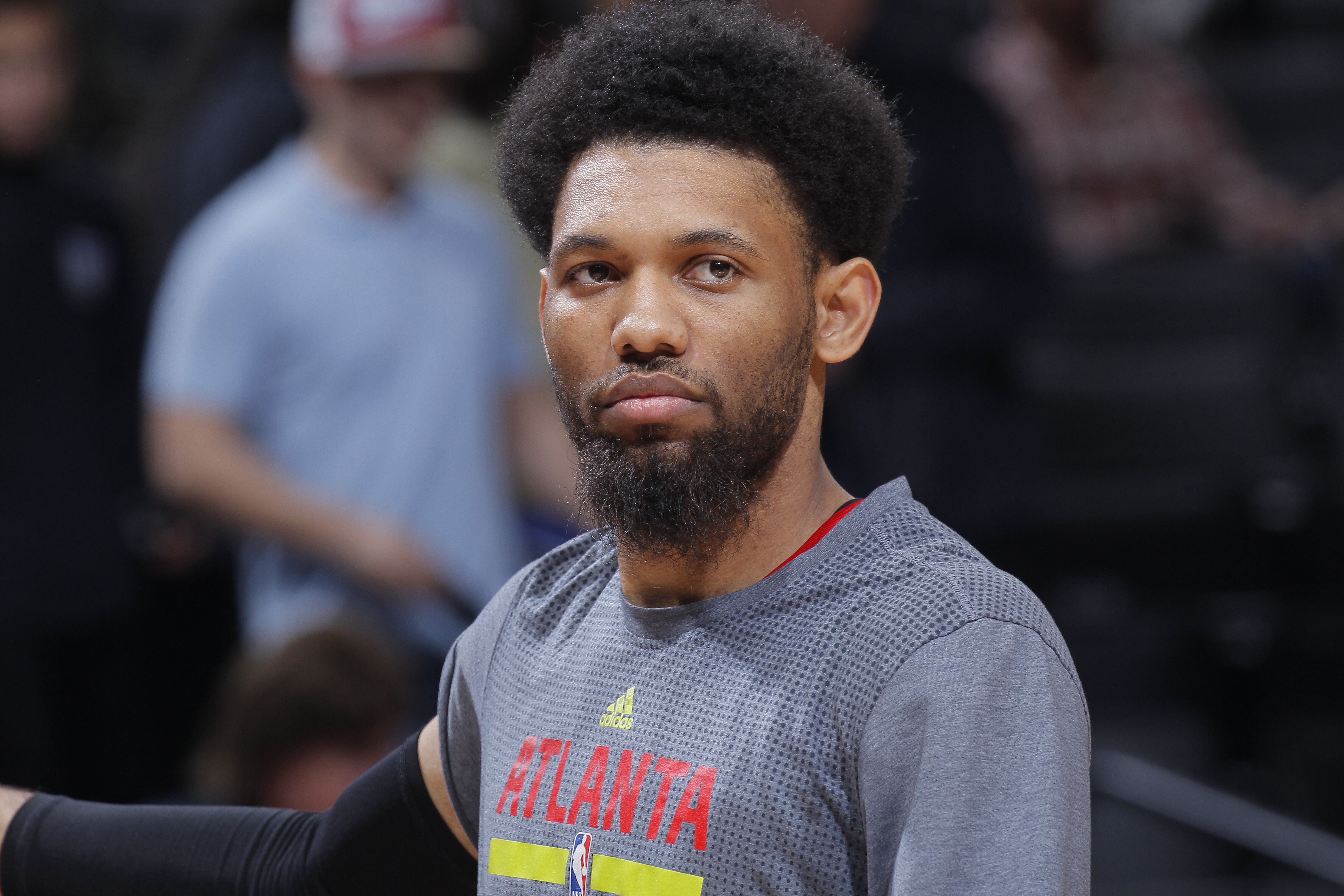 This could be a rough season for the Atlanta Hawks. All those stars from the 60-win team three years ago are long gone. Paul Millsap is in Denver. Al Horford is chasing rings in Boston. Kyle Korver is on Team LeBron now. Jeff Teague is in Minnesota…for now. DeMarre Carroll got paid in Toronto before he fell apart physically. Now he’s flotsam in Brooklyn.

All that’s left in Atlanta is Dennis Schroder, Kent Bazemore’s big contract and a bunch of youngsters. Small forward Taurean Prince marveled in his first trip to the playoffs last year. Expectations are high for Prince but his fellow sophomore swingman DeAndre’ Bembry is also poised for a huge season.

What’s not to love about the former St. Joseph’s standout forward? He plays above the rim, can run the floor and has a giant afro that makes him instantly recognizable in his granite gray jersey with volt green highlights.

Bembry played sparingly last year, averaging a whopping 9.8 minutes per game. He was buried on the Hawks’ wing depth chart. Guys like Bazemore, Korver, Prince, Tim Hardaway Jr. and Thabo Sefolosha were clearly better than him as a rookie. That was expected. He did have to go against members of that talented quintet in practice.

Paying your dues has been part of the player development system in Atlanta, but that might change with the team being in the tank this fall. Bembry’s numbers as a rookie were not that impressive — 9.8 points, 5.7 rebounds, 2.7 assists per 36 minutes, 48 percent from the field and just 1-of-18 on 3s — but you would hear rumblings from the coaching staff that they adore the kid out of St. Joe’s. It’ll be interesting to see how he and Prince play off each other at the same wing position.

Regardless, the minutes are now there for Bembry to make the leap like Prince did late last season. The wins won’t be as abundant in Atlanta as they have been in the past, but the upside (and hair game) is strong with this Southeastern hoops team. When the going gets rough, you have to appreciate the little things.